Perhaps the earliest lesson I can really remember learning was a lesson I received from a little grey pony at the lesson barn that I began taking lessons at when I was very little. I was around 3 years old when I rode my first horse/pony. A little grey welsh pony by the name of Polly who would humor me by letting me sit on her while she was being led around the yard during my older sister’s lessons at the stable outside my home town of St Albans, England. My family lived in St Albans until I was around 5 years old, when we made the trek across the pond to live in Vancouver BC.

My sister, having gotten used to the open country side of rural England and being disappointed by the riding available in Vancouver had decided to take a break from riding, however, separating me from horses, a horse-crazy 5 or 6 year old girl, wasn’t going to be a possibility and so my parents enrolled me in riding lessons. Penelope was very similar to Polly, that first pony I had loved back in England. She was little, white and… a pony. In every sense of the word. She was cute as a button, small, opinionated, temperamental, and a total brat.

I rode her quite often. I was little enough that whatever mount I was given would have to be under around 12hh if I was going to have any chance at all of controlling them by myself. There was Cheeky, Cuddles, Chief, Kokanee or Penelope. Chief and Kokanee where pretty large (for ponies) but Cheeky, Cuddles and Penelope were probably about 10 or 11hh. . Until that day I liked riding Penelope the most because she was always so willing to go.

I used to get so excited, on my way to the barn for my lessons that I could hardly breathe! I would have my helmet on from the moment I got in the car and I would be so anxious until I got to the tack room and looked at the board to see whose name was chalked in next to mine on the lesson board. On this particular day, much to my excitement I was going to ride Penelope.

This would be the day that I learned about habits and horses. I have since learned that if a horse does something once, you can be fairly certain they will try it again. If they do it more than once, you can put money on it! For example, if while you’re leading or riding a horse through a barn yard or down the road and they give a little tug on their lead rope in an attempt to snatch a bite of grass as they walk over it, you can be fairly certain that they will try it again (especially if they managed to get a mouthful). If they tug for the grass twice, you can be damn sure that they’ll try it again at the next patch. On this day, however, it wasn’t grass Penelope was after.

After a little while of practicing my sitting and posting trot in the big indoor arena at Canterbury stables, Penelope (understandably) decided that she’d had quite enough of this little punk bouncing around on her back. As we approached the far corner of the arena, where the long side met the short side, Penelope hollowed her back, threw her nose to the outside, dropped her inside shoulder and dove off the rail, setting her neck and taking off into a full blown bucking fit across the diagonal.

helmet and getting my foot back into the stirrup, I did as I was instructed and took her back out to the rail, picking up her little sewing machine trot again and headed back down the long-side, towards the corner where the long-side met the short side once more. As we got to the corner and I began to ask her to turn, she hollowed her back, threw her nose to the outside, dropped her inside shoulder and dove off the rail, setting her neck and taking off into a full blown bucking fit across the diagonal… again!

Now I was mad. Again, I managed to stick to her and stay in the saddle and now, more determined than ever, I did as I was told and took her right back to that corner. Well… Yep! You guessed it. She did it again! This time, I was not so lucky. As I began to get tired (I was only about 6 or 7 years old remember), I started to lose my grip and my balance and over I went! My left foot slipping through the stirrup and turning it into a tether that would keep me well connected to Penelope as she bucked and farted her way across the diagonal for the third time.

Lucky for me, I was wearing a pair of rubber boots that were too big for me. My mom was very economically wise and had either bought me a pair of boots that were too big, knowing I would be growing out of anything that fit me way too quickly, or I was outfitted in my sister’s old hand-me-downs. Whatever the case, it was a good thing because I was only dragged a few strides before my boot slipped off, remaining stuck in the stirrup, and I found my new place, in the dirt, somewhere around X…

It’s a good thing kids are made of rubber and have no sense of their own mortality because that experience with Penelope didn’t deter me one little bit. If anything it made me more determined and drove me further towards my interests in riding the more interesting, more challenging horses. Over the years of riding the school ponies, and then later, leasing privately owned horses and eventually getting my own horses as well as horses belonging to others, this same lesson was repeated, reinforced and renewed by them all. However, this isn’t just a lesson that applies to riding or to undesirable behavior. It’s how horses learn. It’s how they test the world around them and it’s how we can teach them.

I’ll share just a few examples of the way this lesson has presented it’s self in a variety of ways, that I’ve observed over the years. As for the undesirable behavior, thanks to my early days as a bronc rider with Penelope, I think we have that angle covered. If you’re paying attention, you will notice when your horse begins to repeat behaviors and thus, give you an opportunity to weigh in on their behaviors. This phenomenon, however, can also be applied and used to reproduce desirable behavior as well.

During our workshops, clinics and Edu-Vacations, there is a great deal of riding through or over tall grass that happens. Whether we are engaged in a stockmanship workshop, a trail camp or simply exploring our horsemanship outside of the arena, you can’t go far around our place without riding through or over tall grass. This is one of the benefits and challenges of living in the middle of the delicate grasslands of BC. This exposure to riding over and through the grasslands has given me many opportunities to employ this lesson from the horses about how they learn as well as to help others learn to use it to their advantage too.

If, for example, when they reach for that tall, green goodness, they are rewarded with a sweet mouthful of summer grass, they’ll believe that they will be able to get another one. If they manage to get two mouthfuls of grass, that’s a conversation that you’ll be having for a long time!

If on the other hand, when they reach for a bite, your mount is unsuccessful, they’ll be fairly certain that future attempts to satisfy their cravings will also be unsuccessful. If they’re unsuccessful at snatching a mouthful of grass a second time, they’ll become pretty convinced that wasting energy of further attempts to graze will be fruitless.

If you’re paying attention and quick, you can very easily create a cooperative working partner who won’t waste either of your time or energy on arguing over mid-work snacks. It’ll take very little, if anything, to communicate that eating while working is not permitted, no matter how long, lush or green the grass. It's a perfectly reasonable expectation that through good timing, clear communication and the well applied use of this lesson, you can “park” in the middle of an overgrown pasture and relax with a loose rein, trusting that your horse clearly understands the expectations. Being prepared to quietly answer their appeals from time to time is a far more pleasant experience for you both than engaging in a full blown battle over being allowed to eat.

You can clearly see this lesson being played out over and over again in the herd as well. Even in a situation in which no human is involved, horses will use and learn from this “do it once, do it twice” lesson. A new horse in a herd will quickly learn which herd mates they can move or challenge for their position and which one they can’t. If they’ve ever been successful in moving a particular horse, they will be more likely to challenge that horse for their spot at the feeder, waterer or favorite shade tree in the future. If, on the other hand, they themselves have been moved by another horse, they will be quicker to yield their position to that same horse again the next time they are challenged.

This goes for gates and fences as well. A gate that swung open with a nudge once is likely to move again when force is applied. A yellow and black wire that bit back one time is likely to bite again. A gate that was open just a crack that they managed to squeeze through once, they will be able to squeeze through again… There is a very good reason why this species has survived for millions of years. They pay attention, they notice patterns and they remember.

When we use this understanding and knowledge to our advantage, we can actually make teaching them and communicating with them far easier and considerably more enjoyable for everyone involved. Whether it’s something as simple as not eating the grass that you’re walking through or over or something far more important, like avoiding a potential disaster, if we can become as aware of the patterns as our horses are, we can get along with them a whole lot better. 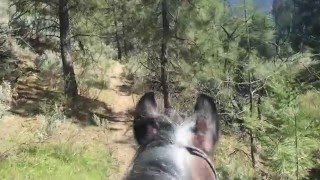 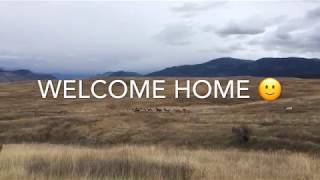